The Wow! signal was a strong narrowband radio signal detected by Jerry R. Ehman on August 15, 1977. Ehman circled the signal on the computer printout and wrote the comment ‘Wow!’ It lasted for the full 72-second window that his equipment was able to observe it, but has not been detected again. 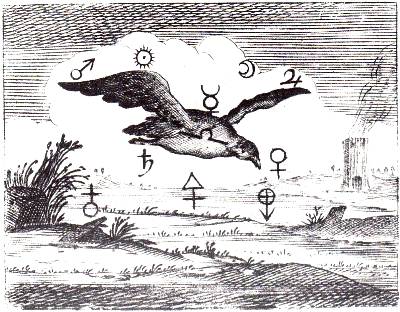 IN the first second god started.

In the third second or thereabouts, light from a distant sun poured into his eyes.

In the fourth second or thereabouts, sound hit him like the aftershock of an explosion, shaking through him in a billion infinitesimal ways.

In the fifth second his mouth watered and his eyes watered and water flowed through his body, gently dripping out of him at the mouth and eyes.

In the sixth second his head began to ache, throbbing with rushed blood.

In the seventh second he felt cold.

In the eighth second he stretched out his fingers, letting their tips notice the temperature and texture of their immediate surroundings, like a snake’s tongue darting out to taste the air.

In the ninth second or thereabouts, his thoughts took shape around the information from his senses, creating new memories, drawing connections from his (infinite) knowledge.

In the tenth second god noticed that he was sitting on a park bench in a large city that was full of people.

In the twelfth second he was still thinking about the walk after the train. He had passed a river. He had seen a grey bird landing on the water.

In the thirteenth second he remembered that it was a canal and not a river. He remembered the grey bird seemed out of place, like a bird that should be crossing an ocean, something lonely and foreboding, a dark speck moving on rolling clouds.

In the fourteenth second god thought of the birds wings beating air onto the water, causing the water to swirl.

In the fifteenth second he thought, the space between seconds is infinite. A large grey bird flew over the park, casting a moving shadow, and again he remembered the walk after the train.

In the sixteenth second it was the same bird, the one that had landed on the water.

In the seventeenth second he thought it was funny that you can land on water.

In the eighteenth second he thought, yes, but it’s not that funny.

In the nineteenth second he was lonely.

In the twentieth second he had always been lonely. The bus had been lonely yesterday. The other people on the bus seemed alright; they didn’t seem to be so bothered by everything as he was, but he thought they were probably quite lonely also. Loneliness, he thought, is a collective thing…

In the twenty-first second he thought, …funnily enough. But it wasn’t that funny. It was just a certain way for things to be.

In the twenty-second second he thought, and the way that things have been for all this time.

In the twenty-fourth second he wished the people in the city could be spoken to like this; he didn’t quite know what they’d get out of it, or what he would, but it would be nice to get it off his chest.

In the twenty-fifth second he exhaled with relief, just imagining it.

In the twenty-sixth second the grey bird, which had been circling the park, landed in a tree to the west of him. The sun was just beginning to set, and the start of light dying was always madnesses of colour, and deep strong colours shone out across the park, transforming everything in their path.

In the twenty-seventh the bird flapped its wings causing the boughs of the tree to shake. He felt that its wing flap was some kind of communication signal, though one he could not decipher.

In the twenty-eighth second he felt very pleased with himself remembering that even in his infinite knowledge he had been smart enough to make some things unknowable.

In the twenty-ninth second he thought, very few things are unlearnable though.

In the thirtieth second he thought, and the gaps are easily filled in by the imagination, which was one of my better ideas.

In the thirty-second second he thought, but it’s very lonely.

In the thirty-third second the big grey bird plummeted to the ground. Dead as a nut, he thought to himself. But the bird was alive.

In the thirty-fourth second he thought, the bird is of course alive, and only playing at being dead.

In the thirty-fifth second he thought, now there’s a game.

In the thirty-sixth second he played dead for a little while. It was the same as before really. He sat and let his eyes relax, blurring the sunset colours, and now the park was a paintbox in the rain, all colours running together; and then they separated out into clear shapes as he brought his eyes into focus, the shapes of clouds and trees and buildings, and the sun itself, burning miles upon miles away. He slowed his breath a little, slacked his shoulders, rolled his wrists until his palms faced skyward, extended his legs and turned his feet outward, and soon the only movement his body made was a very slight swaying with the wind.

In the thirty-seventh second a few drops of rain on the wind struck against his forehead, burst and split along the wrinkles in his skin, their contents trickling down his temples and under his chin, collecting and reforming above his Adam’s apple.

In the thirty-eighth second he thought, someone will see me here.

In the fortieth second he thought, or perhaps the police will move me on. The bird rolled over and extended its feet into the earth. It began slowly to raise itself.

In the forty-first second it stood upright.

In the forty-second second it extended its legs and began to look around. He half-watched the bird, his vision still slightly blurred from lack of effort.

In the forty-third second he was bored of playing dead and snapped out of it. His body shot rigidly to attention. He even felt a little stirring of something new. Nice to be alive, he thought. Though it is lonely. The bird flapped its wings again; the same coded message.

In the forty-fourth second he thought, well some things perhaps truly are unknowable and unlearnable. Some messages can’t ever be decoded. Or I could make such a message.

In the forty-fifth second he thought, and I could send the message so far that others who found it would marvel at the distance it has travelled and wonder at its meaning.

In the forty-sixth second he imagined another god like him, sitting on some other world, receiving the message, and not knowing it to be unknowable, and pondering, and wondering.

In the forty-seventh second he saw some other city on some other world, and saw a scientist leaning over scientific instruments. The instruments shook to life with new knowledge of things elsewhere. Metal arms scribbled furiously onto graph paper.

In the forty-eighth second he saw the scientist in the city on the other world pick up a pen and move it against the paper. He saw the information as numbers, and some of the numbers didn’t matter except to say that others really did, and a short line of numbers were all that mattered, and the scientist circled them.

In the forty-ninth second the scientist slowed down as he drew the circle. He breathed deeply. When the circle was complete he lifted the pen from the paper.

In the fiftieth second god felt a little bit of the loneliness beginning to lift.

In the fifty-first second he thought, but there is not much time left, and nor was there ever. And he felt lonely in his moment, all alone in infinite time.

In the fifty-second second he thought, at least I shared it. And he was glad.

In the fifty-third second the bird raised its left leg and brought it down, beginning to move toward god; an awkward movement that birds make when moving without flying.

In the fifty-fourth second it was walking determinedly towards him.

In the fifty-fifth second it was wobbling its body from side to side as it waddled.

In the fifty-sixth second it raised its head and opened its beak as it came. In his mind’s eye god saw the scientist on the other world, in their city; he saw the scientist breathing slowly and carefully and taking in the magnitude of the numbers that he had just circled.

In the fifty-seventh second a sound began to emerge from the bird’s mouth.

In the fifty-eighth second the sound stopped. It had been as incomprehensible as the wingbeats and now it was over.

In the fifty-ninth second he understood a little more. The sound had broken some of the loneliness of the bird, even if god couldn’t understand. Communication, thought god, is its own reward.

In the sixty-first second god slapped himself on the cheek, chastising, and said to himself Snap out of it.

In the sixty-second second his voice, like an extra gust of wind on the edge of a storm, moved dust from his lips and displaced dry dead skin; lips gone broken from under-use, re-cracking into something moveable; and his voice, like a great wind, shook tiny fragments of plaque from his teeth which dissolved into his gums, and like a wind moving the water of a lake it forced small particles of saliva to run against their current, to flee from the voice’s energy, to vanish into the darkness in his mouth and throat.

In the sixty-third second the bird heard god.

In the sixty-fourth second god saw that the bird had heard him, although he had been talking to himself, and felt the bird’s hearing of him and felt a little of the loneliness lift.

In the sixty-fifth second he remembered the people on the bus and how they met each others’ eyes and then looked quickly away but from afar they stared at each other, though this was unacceptable; and they did not like to be stared at, though they dressed to be understood within the stare, or to attract the stare if they felt like it.

In the sixty-sixth second he could not remember much. There wasn’t much left ahead of him or behind him and everything before the first second was just conjecture anyway.

In the sixty-seventh second god thought how wonderful it was to imagine the world before the first second, the world of the bus and the train and the world that the park is in and that the city is in.

In the sixty-eighth second he thought, perseverance makes the whole lot possible.

In the sixty-ninth second he saw, in his mind’s eye, that other world. The scientist had written Wow! beside the numbers he had circled.

In the seventieth second god said to himself: Wow!

In the seventy-first second the scientist had published his findings. The radio signal had lasted seventy-two seconds. It could not be explained and it seemed to be something that would never be explained. It never came back. It came from miles away, millions upon millions of miles. Something very, very powerful must have made it; but it was never made again.

In the seventy-second second, god stopped

Ben Osborn is a writer, songwriter and composer. He is the resident musical director of theatre company Fellswoop. His first libretto, On False Perspective, is currently being set to music by composer Josephine Stephenson and will be performed in May.